A growing number of people living in urban areas around the country rely on food delivery apps for their meals on a daily basis. In such a scenario, a slip up from any of these applications in the quality of their service or food can lead to outrage. This is what happened recently when a video of a delivery person eating the food that he was supposed to deliver, went viral on micro-blogging website Twitter. The video shows a delivery executive of leading food delivery app Zomato eating food out of a package that he had arrived to deliver, before re-packaging it to give it to the customer. The video has created a huge furore online, following which Zomato has responded re-assuring its customers that the company takes tampering with food ‘very seriously’.

A detailed blog post about the incident on the website contains details about the video, which Zomato has said was shot in Madurai, Tamil Nadu. The post, addressed to the customers of Zomato worldwide says, “We take these kinds of reports extremely seriously and upon thorough investigation, we’ve found that the video was shot in Madurai. The person in the video happened to be a delivery partner on our fleet. We have spoken to him at length – and while we understand that this was a human error in judgement, we have taken him off our platform.” Calling this particular incident “highly unusual and a rare case”, the blog goes on to say that the company will ‘soon introduce tamper-proof tapes and other precautionary measures’ to prevent any such incidents from getting repeated in the future.

Here’s the full response of Zomato to the viral video: 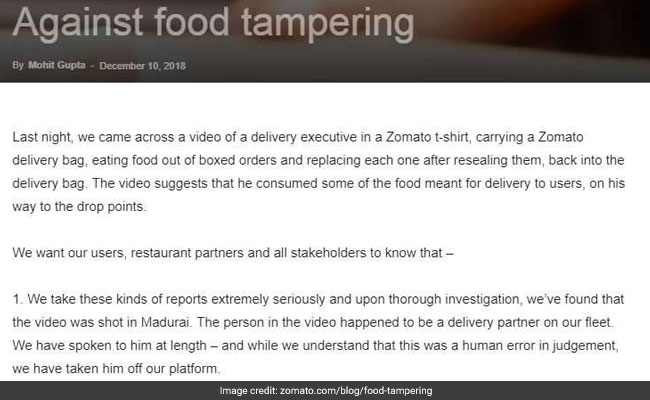 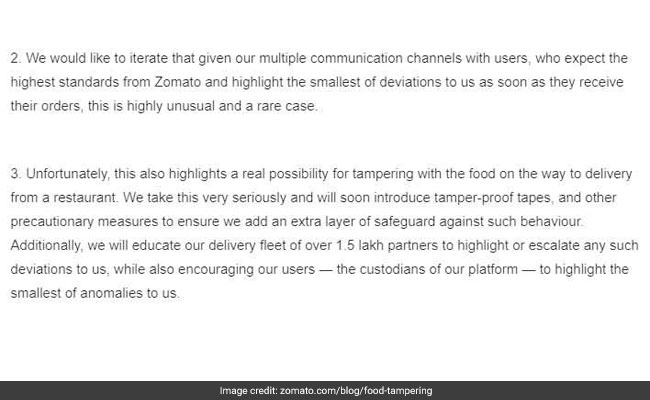 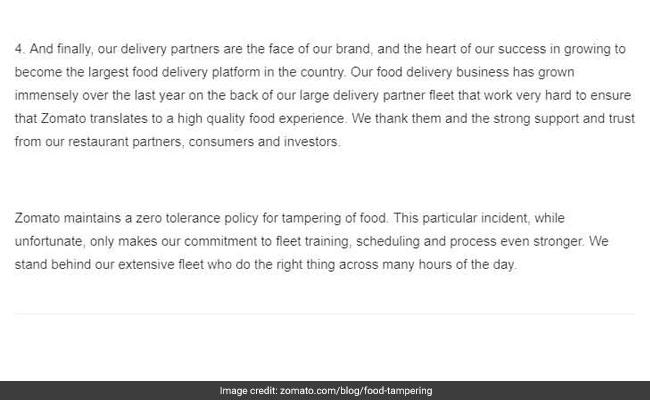 The blog post was shared on Zomato’s social media pages yesterday, but a number of responses from Twitter users show that people are far from reassured with Zomato’s response. “I simply cannot trust you guys anymore”, wrote one Twitter user. “Wow what an arrogant apology. No thanks I will never ever order food thru @Zomato”, wrote another. Yet others felt that introducing proper compensation and benefits for the delivery fleet may be a solution to the problem and may prevent ‘lapses of judgement’ on their part.